The 15 Best Places to Celebrate St. Patrick’s Day in Louisiana! 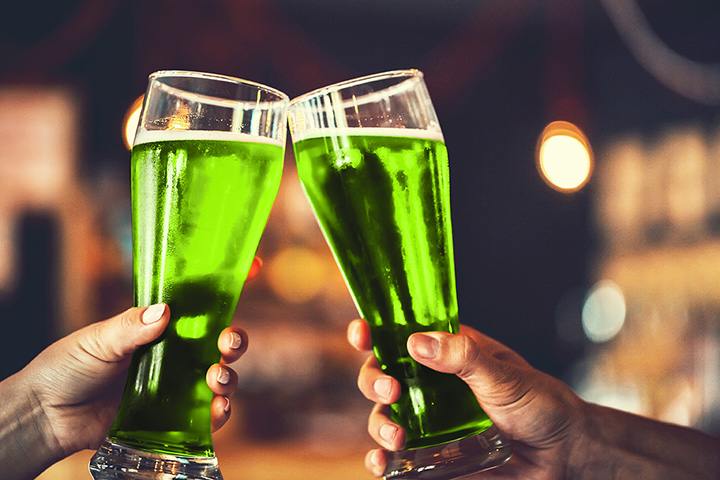 It is that time of year again when spring is starting to flutter through the air, the flowers are looking to bloom and St. Patrick’s Day marks the beginnings of spring weather. It is a glorious day full of parades, wearing of green, drinking of spirits, and simply enjoying another day of celebration. Down here, people know how to celebrate and come out in full force for the annual events. Here are 15 of the best places to celebrate St. Patrick’s Day in Louisiana.

Located under the Perkins Road Overpass, this is one of the best places to be for the annual Wearin' of the Green Parade in Baton Rouge. Ever since the parade was started by dedicated citizens marching from City Park to Zee Zee Gardens (which was located next door to Ivar's), the sports bar has become a staple location for parade go-ers for decades. Theoutdoor bar area makes for the perfect location for a St. Paddy's celebration.

Established in 1949, Tracey's was the original Irish Channel bar in New Orleans. Grab a spot neat the window and watch the Irish Channel Parade from inside the bar as it marches past. The bar hosts their annual block party the day of the parade and the following day. Get ready for major celebrations on Magazine Street with live music, delicious food, and plenty of libations as the day turns into night.

The Irish Channel St. Patrick's Day Parade Club, which established in 1947, leads this historic parade. Bonded mostly through Irish heritage and a love for the Irish Channel, the organization is still going on strong with over 1,400 members. The club has a pre-parade Catholic Mass starting at noon at St. Mary's Church on Constance and Josephine Street. Then the fun begins as people march down Magazine Street for the parade .

This epic event is a staple in the capitol city. First starting in 1986 as a march from City Park Golf Course to Zee Zee Gardens, now The Overpass Merchant, this annual event brings people from all over! The Baton Rouge community comes together to celebrate the fantastic floats, bagpipers, live bands, and spirited walkers. Expect this monumental parade to last 2 to 3 hours. If you want to get a head start on the festivities sign up for the 5K Shamrock Run, where green-clad runners will race 3.1 miles to earn an oversized commemorative medal. This is certainly a spirited day you won't want to miss!

People from all over Old Metaire crowd along Metairie Road for this annual parade. Attendees are encouraged to wear green and bring bags to stuff full of beads, cabbages, moonpies, and other parade delicacies being thrown at the excited crowd. Starting at noon in front of Rummel High School, the parade winds through Metairie as it goes down Severn and then onto Metairie Road until it hits the parish line. The motorized floats are often big as people in this area are Mardi Gras experts. You certainly will want to be a part of this annual parade event!

Patty in the Parc, Lafayette, LA

This St. Patrick's Day celebration in Lafayette is held in Parc International downtown. The event offers live music from major acts, green beer, drinks, and great food vendors from around the city. Past live music acts include Wayne Toups and The Chee Weez. Experience St. Patrick's Day downtown for a concert event that is not to be missed. The whole family is welcome!

The Downtown Irish Club is dedicated to preserving the heritage and tradition of the Irish people in New Orleans. Being an port city, New Orleans had many Irish immigrants come its way throughout the centuries making the city proud of its heritage. However, since they first started the social organization in 1976, they have maintained the theory that St. Patrick's Day is "everyone is Irish for a day". Today, the parade goes through the historic French Quarter making for a novelty site to see for all parade goers.

Starting with a toast at City Hall, the parade makes a circle through the streets ending back at City Hall. The parade is famous for its thrown goods including thousands of cabbages, carrots, potatoes, and onions along with beads and stuffed animals. Citizens of Slidell are encouraged to march in the parade on a float, bike, horse, or anything you can imagine, just make sure you register ahead of time!

After catching the Irish-Italian Walking Parade in downtown Morgan City, head to the Basin Brew Fest. The parade kicks off this annual event benefiting the renovation of Morgan City's Historic Lawrence Park. Showcasing Louisiana's craft beer, this festival features home brewers as well as more recognizable brewers. Delicious local food is thrownin the mix to make this well-rounded fest a tasty one. Grab your tickets and head to this staple event.

This family-friendly event concentrates on preserving "all aspects of Irish, Irish American, and other Celtic cultures while instilling an appreciation of the heritage for current and future generations." The festival includes delicious traditional Irish foods, and many activities for the children to enjoy. Celtic bands entertain throughout the weekend at the festival that is held downtown. Grab tickets for the Crawfish Boil and Irish Whiskey Tasting, both are certain to warm your belly!

Enjoy an evening on the town in historic Natchitoches where you can "crawl the bricks of Front Street while enjoying food & drink specials along the way". The NYP Pub Crawl takes place on St. Patrick's Day weekend. One of great events thrown by the Natchitoches Young Professionals throughout the year, this event is sure to not disappoint. The organization is a branch of the Natchitoches Area Chamber of Commerce operating under the Community Development Division. Their membership is available to anyone between the ages 21 and 40 who lives in the area, and their aim is to encourage current as well as future business leaders. Get to know Natchitoches and a bunch of young professionals at this year's pub crawl.

Being one of the most beloved breweries in the state, Great Raft Brewing is the ideal place to spend St. Patrick's Day. Their beer has unique bold flavors sure to please the festive partiers. Try the Southern Drawl, a dry-hopped pilsner showcasing notes of Louisiana grown rice, or the 318 Golden Ale, a straight forward ale brewed with local honey and orange peel. The brewery doubles as a somewhat of a pop up restaurant with a line up of food trucks on site. Outside food is also welcome.

Having over 140 beers in stock along with the widest selection of Irish whiskey and scotch, this establishment is well suited for a St. Patrick's Day throw down. Known around town as "The Pub" this establishment also has a fine menu of great food like the seafood cakes & fried green tomatoes. Still, on the special day they offer breakfast, tons of drink specials, live bands, and more entertainment. It is the pubs busiest day of the year entertaining between 1,500-2,000 patrons in past years.

This over six-decade-old New Orleans bar and restaurant hosts an annual St. Paddy's Day Block Party. Guests can grab classic fare like their famous famous po'boy. Located on Third and Constance right near Magazine Street, Parasol's block party is a perfect place to catch the Irish Channel Parade. You can find music, food, beer, and a lot of Irish festivities going on.