The 8 Best Skate Parks in Louisiana! 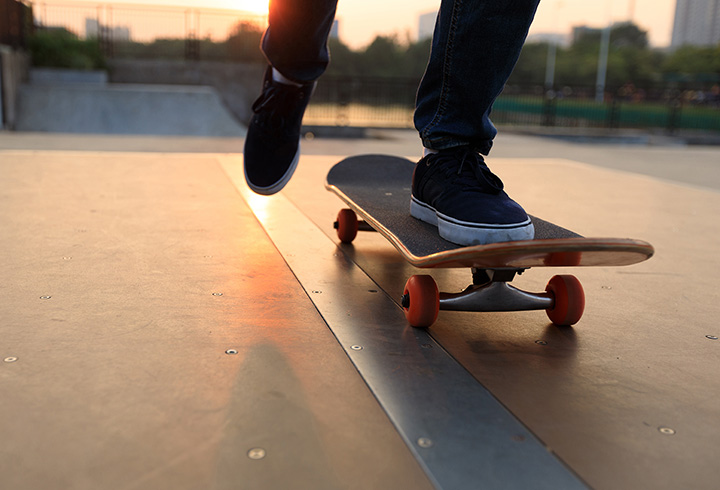 For many, skating is not just a sport they love. It is a way of life. The victories and defeats experienced in the skate park teach life lessons that contribute to the skater’s everyday life. If you fall, pick yourself up and try again. Nailing the trick is the reward and like so many of life’s rewards it may not come for days, months and sometimes years of hard work. Whether you are looking to live the skater life or just cruise around some bowls for exercise, these Louisiana skate parks the provide a neutral ground of camaraderie for both beginners and experts of the sport. There are parks all around the state, and here are 8 cool ones that are in your neck of the woods.

This park is available for shred time seven days a week from sun up until 10 p.m. and midnight on weekends. California Skate parks built the 30,000-square-foot concrete space as a skater’s haven right in the middle of the capital city’s most visited community park. They have rails, bowls, and ramps galore. Really, it’s the who package! The park recommends using pads and helmets while skating. Watch out for BMX bikers trying to pull of tricks of their own. The park is open to all who want to land that perfect trick.

This skate park is located at Ward 3 Recreation, an all-around community park in Lake Charles that operates 12 different recreational facilities. The skate park was built in 2011, and was equipped with tables, ramps, rails, steps, a half pipe, and a bowl with a red bottom surface. It can be described as a plaza style, concrete street course that was built by Hardcore Skateparks, Inc. It is open from early mornings, 5 a.m. on weekdays, until sunset. Skate on, Lake Charles!

This quaint little concrete park in Abbeville was truly built to give the skaters a place to skate. Before its creation in 2014, Abbeville skaters were forced to use the downtown area as their own playground. Well now, after $55,000 in donations from various groups the very first Abbeville skate park is now going strong. It is small, but is known by regional skaters as being well-designed and user friendly. It is open from sun-up to sunset every day, and the designers at WE Skateparks made it just big enough for skater as well as BMX bikers.

This park has everything. From bowls to a street course, this park allows for big fun for skaters of all skill levels. Built as a two-part project by Dreamland Skateparks in 2004 and 2005, this 15,000-square-foot course allows skaters only. Located at the tip of Zemurray Park, it is known for its top of the line build and flow. Though bring some water because there is not much shade.

Started in 2013 as a DIY skate park in New Orleans under the 610 over pass near Gentilly, this fully legalized park is the largest in Louisiana. It is open to skaters along with BMX bikers and totals a massive 45,000-square-foot facility. Bowls, rails, steps, and tables. You name it and this park has it. The park got its funding from local skaters forming a nonprofit organization entitled Transitional Spaces, then pairing up with the Tulane City Center for further support until city officials couldn’t help but take notice. This park is built on the blood, sweat, and tears of real skaters. Take a visit if you are ever in the New Orleans area.

Twenty-four hours of skating is what this north Louisiana park provides. Named for being on Stoner Avenue, this 12,500-square-foot park was revamped by California Skateparks in 2011 after its first 2006 inception didn’t make the cut. They paired with the Rob Dyrdek Foundation and the DC Shoes Skate Plaza Foundation to give this park a well-needed face-lift. The park is not only the second oldest park in the state, but has urban street features, such as steps, benches, ramps, and handrails. It is located on the Shreveport Riverwalk.

After a decade of fundraising, planning, and devotion this park finally opened its gates to local extreme sport enthusiasts in May of 2015. The nearly 10,000-square-foot concrete park is a well-designed beginner to intermediate skate park that is available to skaters, bikers, scooters and even hover boards. The beginner and flat edge ramps are sectioned off from the rest of the park making for a nice learning area for young tikes and new comers. A bathroom, water fountain, and shaded rest area are available for public use allowing guests to be consumed by this interesting park for hours. They have a six-foot-deep bowl, along with a street course and other fun activities for all to enjoy.

This park is truly family friendly as it rests under shady pines and has picnic tables along with benches for idle onlookers comfort. The mostly beginner level course is perfect for all levels of skaters. It is littered with flat ramps, a pyramid, quarter pipes, rails, a mini half pipe and a big half pipe. Scooters and in-line skates are also allowed in the park, however helmets are required at all times with those patrons being under 15 years old also required to wear pads. Both helmets and pads are available for rental and admission is $1 per person.

View more Louisiana Skateparks.
Select a Louisiana town to find
the Best Things-To-Do and Places To Go around you