The 10 Best Museums in Louisiana! 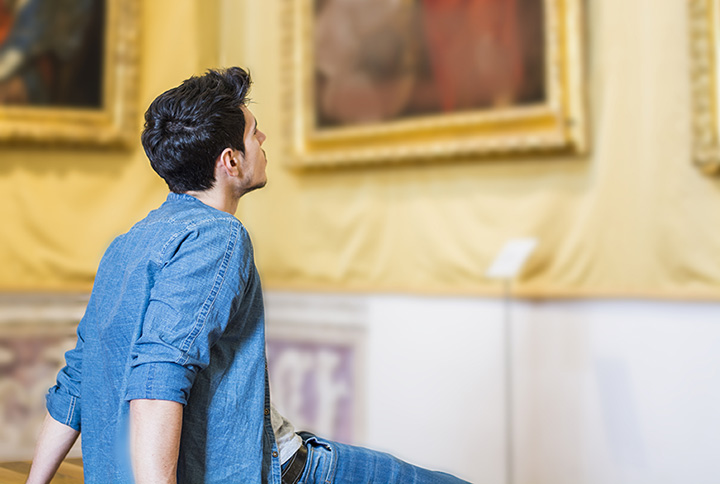 Museums have a way of sparking the imagination. Whether capturing a period of history, introducing the latest in scientific discovery, or simply igniting the wonderment of a child, when you walk out of a museum your brain cells are typically running wild. Having so many types of museums that highlight not only national cultures and history, but also Louisiana’s own unique story, there are museums here for everyone to enjoy. Spread all over the state here are some of the 10 best museums in Louisiana.

This epic museum is in the Central Business District in New Orleans and as so host’s tourists from all over the world. It is no wonder that this museum has continued to expand and incorporate groundbreaking attractions such as Tom Hanks’ “Beyond All Boundaries,” which incorporates a 4D tour of the war with first-person encounters. Speaking of first person encounters, actual veterans of the war are often stationed around the vast levels of memorabilia from the war and are happy to share their own experience with visiting guests. You can also catch a ride back in time at BB’s Stage Door Canteen where acts such as The Vic-Tones, celebrate the music of the 1940s. Other attractions include “The Road to Tokyo: Pacific Theatre Galleries,” the John E. Kushner Restoration Pavilion, U.S. Freedom Pavilion: The Boeing Center, and many more attractions all about World War II.

Dedicated to preserving the lifestyles of 18th and 19th century rural Louisiana, the Louisiana State University Rural Life Museum is truly a trip back in time. This mostly outdoor museum, hosts a variety of activities all around the property utilizing the largest collection of architecture and artifacts from that period. Volunteers can be seen making cuisine such as homemade sausage, doing blacksmith work, or displaying cultural dances of the time. Three distinct areas make up the museum. The Exhibit Barn is where hundreds of artifacts from these periods are set out for display for each guest to view. The Plantation Quarters has a setup of an entire plantation property including the blacksmith shop, sugar house, and grist mill that are all authentically furnished to display the true nature of life on a plantation in the 19th century. Lastly, Louisiana Folk Architecture displays the various cultures that settled in Louisiana back in the day as the various architectural styles, such as shotgun, Acadian, and dogtrot houses, are in full view to enjoy.

As one of the top art museums in central Louisiana, the Alexandria Museum of Art hosts some of the best exhibits in the state. Current exhibitions include “Tierce: Artists of Louisiana Francophone Culture,” which celebrates the rich French connection that thrives in the state till this very day. Artists of French heritage are on display as well as pieces by French artists themselves. More exhibits include “Beyond Mammy,” “Jezebel,” and “Sapphire: Reclaiming Images of Black Women,” and “Faculty & Friends: Reminiscing,” which highlights 13 artists who have had strong ties to the museum in its 40-year history. Come celebrate the brilliant local and international art displays as well as yearly competitions at this central Louisiana museum.

This 67,000-square foot science center is located on the riverfront of Shreveport. It includes over 200 interactive science exhibits as well as six Discovery Galaxies, an IMAX Dome theatre, a demonstration theatre, nationally touring exhibits, a café and gift shop. The six Discovery Galaxies include Body Works, Mathematics, Physical Sciences, a Space Dome Planetarium, Children’s Gallery, and their signature Red River Gallery that is dedicated to the local river’s history, culture, and landscape. The IMAX Dome currently has two feature films including “A Beautiful Planet,” which presents a unique view of our world along with a hopeful look inside the future of humanity. “National Parks Adventure” explores the wildest regions of our great country and gives you the first-person perspective of seeing these awesome sights on the big screen. There are endless adventures to be had at Sci-Port, exploring both our world and the mysteries of the universe. Come explore!

This lively museum is dedicated to supporting, educating, and preserving regional art and culture from around the Southwest region of Louisiana. It is divided into three easy-to-navigate programming areas, this first of which is The Historic Museum. Serving the five surrounding parishes of Calcasieu, Cameron, Beauregard, Allen, and Jeff Davis this section of the museum highlights the significant history of the area. From early Native American settlers, to life in Old Imperial Calcasieu there are tons of historic artifacts, and memorabilia to learn from. Inside the Gibson-Barham Gallery, full exhibits of contemporary and historic art come together to create a visual experience that can be cherished by visiting guests. From famous Louisiana painter George Rodrigue to the contemporary works of current New Orleans artist Jose-Maria Cundin this art gallery has pieces that have transformed history and continue to quench the artistic pallet of people from all over the world. Lastly, the Gallery Annex is the newest addition that serves as a meeting place and further houses seasonal exhibits.

Being one of the premiere attractions for children in New Orleans, this museum opened its doors in 1986 to inspire the imaginations of children everywhere and give them educational lessons in the modern world. Children are encouraged to learn ways to keep their community safe in the Safety Zone where they can practice dialing 911, become a safety inspector, and learn what is not safe in the kitchen. The “Fetch!” program allows kids to play problem-solving games while they explore the world of magnets, light bulbs and more. Body Works provides an array of activities that are fun, active, and teach kids about how the body operates. There are Louisiana Hospitality exhibits, a little port of New Orleans, a little shopping center, Art Trek and so many more exhibits that inhabit this two-story educational playground. You can spend all day with the kids exploring the museum and hop out into the New Orleans Central Business District when you’re done. Plan a part, book a field trip, or simply come explore!

Open to the public for free this unique museum in Monroe is based on the same site that was the Selman Field navigation school. It was the only school during World War II that was a complete training school where pilots could go from beginners to advance combat pilots. However, the site started as a tiny airport called Selman, named after Lieutenant Gus Selman who died in a plane crash in 1921. It wasn’t until 1942 that the airport was converted into Selman Army Field. The history of the advanced training area as well as memorabilia from both World Wars come alive here at the exploration stations where guests are encouraged to handle these old artifacts for educational purposes. On their monthly Drop-In Days, children can be dropped off to participate in hands-on activities like plating a victory garden, building paper gliders, and learn about old spy techniques. A full calendar of events can be found on their website.

Located in a historic 1925 railway station on the Mississippi River in downtown Baton Rouge, this Art & Science Museum has an array of exhibits, hands-on activities, and planetarium shows for all to enjoy. Some of their permanent exhibits give visitors a view into ancient Egypt from the Ptolemaic Period (323 to 30 B.C.). Maps, ancient Egyptian as well as Greek & Roman artifacts, and a real mummy inhabit the space. The Planet Tower has giant models of the planets built to scale, and the Universe Gallery displays photos taken from the Hubble Space Telescope, NASA, and JPL Aircraft. The hands-on galleries are perfect for kids looking to discover the wonder of art and science through play. The Discovery Depot is designed for children six months to nine years-old and the Science Station is for children ages seven to twelve. Planetarium Shows include “Dinosaurs Alive!,” “Journey to the Stars,” “The Life of Trees” and more! For a full list of showings along with seasonal exhibits visit their website at LASM.org.

Free to the public Tuesday-Friday from 1 p.m.-4 p.m. and Saturday from 10 a.m. to noon, the Acadian Museum has three main rooms for guests to sightsee. The Erath Room features the vibrant history of the town in which the museum is located all captured in photographs. The Acadian Room has objects and artifacts dating back to 1603 to the present. A physical documentation of the history of the Acadians that defines many parts of our state, this room takes you from the exportation of the Acadians from Canada all the way to the culture that still exists till this day. The Prairie Bayou Cajun Room takes visitors to the settling of the Acadians on the prairies, bayous, and marshes of Vermilion Parish up until the present day. All in all, this museum tells the story of the Cajun people that are so prominent in south Louisiana. A history and culture that has truly developed in America for over 400 years, The Acadian Museum tells every bit of their story and how they changed the culture of Louisiana forever. A Living Legends program honors those, famous and obscure, who have excelled at their careers or worked to promote the culture, including our first Cajun Astronaut, Hayley Arceneaux.

Celebrating everything southern from art, to cuisine, history and music this state of the art museum has exhibitions of all sorts. From “Top Mob: A History of New Orleans Graffiti” to a Day of the Dead altar installation, and the Ogden After Hours musical series there is plenty of entertainment here at Ogden which is free for Louisiana residents every Thursday. The permanent collections include artworks from Civil War veteran Charles Hutson to Elayne Goodman’s altar to Elvis. All the artwork highlights artists of the American South telling the unique story of its artwork that often bent the rules of time as it has its own history and natural textures that were not present in many other parts of the country. The education department hosts a variety of workshops for people of all ages and the Ogden After Dark music series brings some of the top New Orleans musicians to play for guests every Thursday from 6-8 p.m.

17544 Tunica Trce, Saint Francisville, LA
Louisiana citizens also have the unique opportunity to actually "visit" Angola's past by stopping by the Angola Museum. The museum, which was estab... Read More

1606 Main Street, Baker, LA
Owned by the City of Baker, the Heritage Museum was established in 1974 in a restored local residence. The Museum collects, preserves, documents, a... Read More

100 Lafayette Street, Fifth Floor, Baton Rouge, LA
About Us: The LSU Museum of Art seeks to enrich and inspire through collections, exhibitions, conservation, and education, serving as a cultural a... Read More

100 North Boulevard, Baton Rouge, LA
About Us The Louisiana Association of Museums is a not-for-profit membership organization founded in 1979 to help our state’s museums better... Read More

218 Louisiana Avenue, Ferriday, LA
About Us:  The former U. S. Post Office in Ferriday has been completed renovated and outfitted as the Delta Music Museum. Located in Concordi... Read More

433 Jefferson Street, Lafayette, LA
Serving as a playful portal into a vast universe of discovery, The Lafayette Science Museum offers a fun, hands-on experience for curious minds of ... Read More 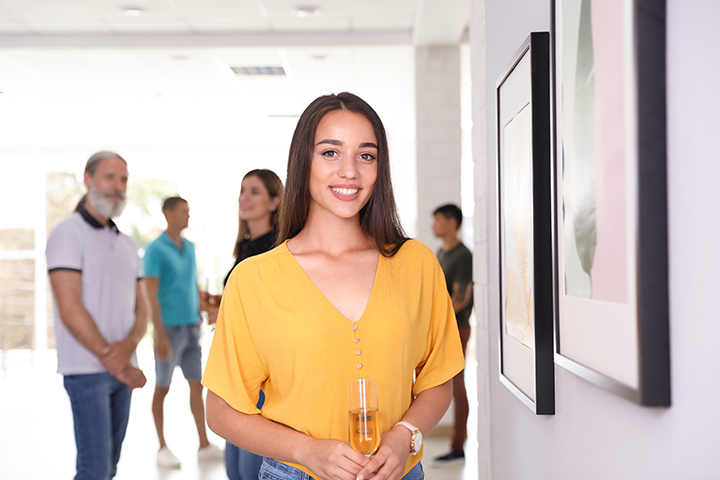 121 South New Market Street, Saint Martinville, LA
The Acadian Memorial had its beginnings in a project to preserve the Evangeline Oak by establishing a park to regulate a defined area around the oa... Read More

29350 Walker South Road, Walker, LA
The museum is located in the heart of Walker in the historic home of William Aydell Sr. and Suzanne K. Aydell, whose family generously loaned the h... Read More
Show More
Select a Louisiana town to find
the Best Things-To-Do and Places To Go around you