The 9 Best Festivals in Louisiana! 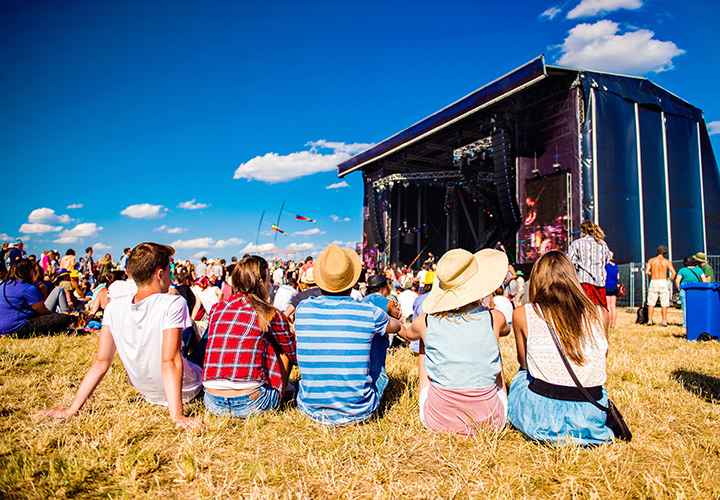 Louisiana can always find a reason to celebrate. Passionate about food, art, music, and culture there are festivals year-round and for every occasion. In New Orleans alone there are more festivals than days in the year. Festivals are about appreciating what you have, taking a moment to cherish those things, and look forward to the days ahead. So without further ado, here are the 9 best festivals in Louisiana that will do such that.

Being the largest international festival in the U.S., this free three-day event caters to people from all over the world. Held in Lafayette, it is immersed in cultures not only from afar but from Cajun as well as old French culture. Each stage is labeled in French with both French and English announcers for every musical act. Their mission is simple: They strive to enrich the community through a celebration of their native culture and arts, while at the same time educating the public of the historical achievements. They want to express their artistic similarities with foreign cultures, while continuing to develop culture and tourism in the area that benefit the local economy. Local acts play all weekend long, while international headliners such as Balkan Beat Box, The Wailers, Seun Kuti, and Robert Randolph & the Family Band. Some of the best Cajun food is found in Lafayette and for the festival, these restaurants compete for vendor booths to offer their most delicious menu items. Having had approximately 600,000 attendees last year, the event is held in the streets of downtown Lafayette with plenty of life left in the town after festival hours.

In April of 1970, the New Orleans Jazz & Heritage Festival was held in what today is Congo Square. Advertised as a “New Orleans festival for the entire family” the festival remains just that to this very day. Then, legends such as Mahalia Jackson and Duke Ellington were amongst the stars of the event with the current lineup spanning genres of all sorts. It is a festival that musically truly has something for everyone with three main stages, along with smaller stages like the Fais Do-Do Stage and tens such as the Jazz, Blues or Gospel Tents. In 2001, over 650,000 people attended the two-weekend event that has a combination of other concerts in between the actual festival days. Every year it is the last week of April and first weekend of May, being the perfect ring in to the summer for all New Orleans citizens and festival attendees from across the world. Headliners in past festivals include Stevie Wonder, Dr. John, Maroon 5, Snoop Dogg, and more. However, some of the most prized concerts can be found on the smaller stages and tents where local New Orleans acts strut their finest stuff. Speaking of locals, there is tons of local cuisine to taste. Try the epic crawfish beignets, étouffee, red beans and rice, or simply snack on a po-boy. Cultural markets and displays such as the Cajun House, Louisiana Market Place and Congo Square Market Place make for interesting spectacles of Louisiana culture. Jazz Fest is a pure celebration of New Orleans culture, history, and good-times attitude.

This autumn festival is one of the oldest and largest agricultural festivals in the state. Ever since starting in Crowley in 1937, the festival has welcomed over seven million attendees through its doors. The festival is a true cultural event bringing people from across international lines who are looking to experience the annual gathering that happens the third week of every October. The festival strives to emphasize rice as an important part of people’s diets, while also demonstrating the importance of rice in the international economy. They celebrate the ancient food with music from acts like Wayne Toups, a car show, rice eating contests, rice cooking contests, and the crowning of the annual Queen at the Queen’s Ball. Two parades are also held with a children’s parade held on the Friday and the parade held on Saturday with an arts market open all weekend. Experience a truly historic, cultural festival in the small town of Crowley, the rice capital of the world.

Louisiana’s capital city has always been a blues town. Ever since the birth of swamp blues in the 1950s, blues talents such as Slim Harpo, Lightning Slim, Buddy Guy, and Tabby Thomas have been pioneers of the genre coming out of the city. Today, pioneers like Tabby Thomas’s son Chris Thomas King travel the world delivering the blues sounds of Baton Rouge to all those who will listen. It is only proper that the city now has its own blues festival held for free in the streets of downtown overlooking the Mississippi River. Hailing such notable headliners of the past like Buddy Guy, The Banditos and Tank and the Bangas out of New Orleans. Having started in 1981, the blues festival, which used to be held on Southern campus, is one of the longest running blues festivals in the nation. Come out for the springtime weekend event for fun, food, and most of all the blues.

The annual Ponchatoula Strawberry Festival invites you to join them this April in Memorial Park. The event is free with fun to be had for the whole family. In addition to live music and rides the festival has tons of activities to enjoy. The old-time town truly becomes complete with sack races, strawberry-eating contests, egg tosses, 10K race, and more. Some strawberry dishes include the strawberry shortcake made with local strawberries and fried strawberries that are fried in beignet mix. Strawberry and jambalaya cook-offs are held on Saturday along with a Little Miss and Masters Pageant.

Louisiana’s largest free music festival is held along the river in downtown New Orleans in Woldenberg Park and the French Quarter. It is a symbol of New Orleans, displaying an array of mostly local talent ranging from soul, R&B, brass, zydeco, Cajun, jazz, swing, and international music. It is a festival where local legends like Dr. John and the late Allen Toussaint have put on epic performances seen only by the festival attendees. Local beer and spirits are sold on the grounds along with tons of local food with over 60 food and beverage booths that have some of the city’s most popular dishes. Being on the outskirts of the legendary French Quarter provides for unique entertainment after the fest is over. Experience the essence of the Crescent City during and after French Quarter Festival.

This eight-day festival is a huge attraction in the Northwest region of the state. Starting in 1976 as a Junior League of Shreveport’s Bicentennial gift to the citizens of the area, today the festival is a music and artistic expression of the entire community. It has been featured on ABC’s “Good Morning America,” and has been ranked top 10 events in Louisiana by Top Events USA along with many other prestigious awards. Entertaining more than 180,000 people a year the festival hosts over 100 juried artists, delicious food and vendors, three live performance stages, and a children’s area for the little ones.

This festival is held down in the heart of Cajun country where the culture still thrives. Down in LaRose, the festival hosts a weekend event to be remembered. Live music is held throughout the weekend with Cajun acts like Waylon Thibodeaux. And the fun doesn’t stop there. Venture over to the Cajun Market for fun shopping or hit the petting zoo to get wild. Contests such as the 3-on-3 basketball tournament and cake decorating competition also make for lively events. Though the biggest attraction here is the food. Classics like étouffee, jambalaya, and spicy boudin are always available alongside new delicacies like a tarte a bouille. Other Cajun and Creole favorites like alligator sauce piquante, hogshead cheese, crawfish pies, and pralines are also some of the other available dishes. Cooking, boat building and folk life demonstrations are setup around the grounds to exemplify the heritage of the festival.

In 1959 the Louisiana Legislature named Breaux Bridge the Crawfish Capital of the World. So in the following year the Breaux Bridge Centennial Celebration became the Breaux Bridge Crawfish Festival that these days hosts one of the largest gatherings of Cajun, zydeco, and swamp pop music. Crawfish can be tasted in every way imaginable. Fried, boiled, in étouffee, bisque, boudin, pie, if you name it they have got it. The annual Crawfish Race makes for a comical showing with the race beginning with the commissioner yelling “ils sont partis!” The Crawfish Royalty are honored in the parade that only adds to the fun of the carnival midway and food cooking competitions.

9:45 AM
Louisiana Renaissance Festival Ground, Hammond, LA
Learn More
Select a Louisiana town to find
the Best Things-To-Do and Places To Go around you